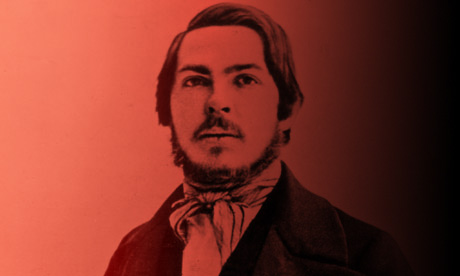 a film by Deidre O'Neill and Mike Wayne

a film by O’Neill and Mike Wayne

This film is inspired by Engels’ book written in 1844, The Condition of the Working Class in England. How much has really changed since then?

In 2012 a group of working class people from Manchester and Salford come together to create a theatrical show from scratch based on their own experiences and Engels’ book. They have eight weeks before their first performance. The Condition of the Working Class follows them from the first rehearsal to the first night performance and situates their struggle to get the show on stage in the context of the daily struggles of ordinary people facing economic crisis and austerity politics. The people who came together to do the show turned from a group of strangers, many of whom had never acted before, into The Ragged Collective, in little more than two months.

This film, full of political passion and anger, is a wonderful testament to the creativity, determination and camaraderie of working people that blows the media stereotypes of the working class out of the water.

The play The Condition of the Working Class came together in May and June 2012 in an intense period of discussion, writing and rehearsing. We met three nights a week and Saturday mornings as people juggled jobs, study, children and life in general as they volunteered their time and energy to make the play happen.

Most of the cast had little or no acting experience, but with the inspired guidance of the artistic director Jimmy Fairhurst, they created a piece of radical theatre that is an angry response to the condition of the working class today. The show performed for two nights at the Salford Arts Theatre, two nights at the Nexus Cafe, Manchester and two nights at Calders Bookshop in London. The responses we got from the play suggests that there is a huge hunger out there for theatre to play a role in the political debates of our time.ed from a group of strangers, many of whom had never acted before, into The Ragged Collective, in little more than two months.

WHAT AUDIENCES THOUGHT OF THE PLAY
what Sinéad Cusack thought of the play
see images from the play
web design by wherebutwhen.com
Scroll to top